How the Hack Assembler Works

An assembler is a translator of assembly language into binary machine language. 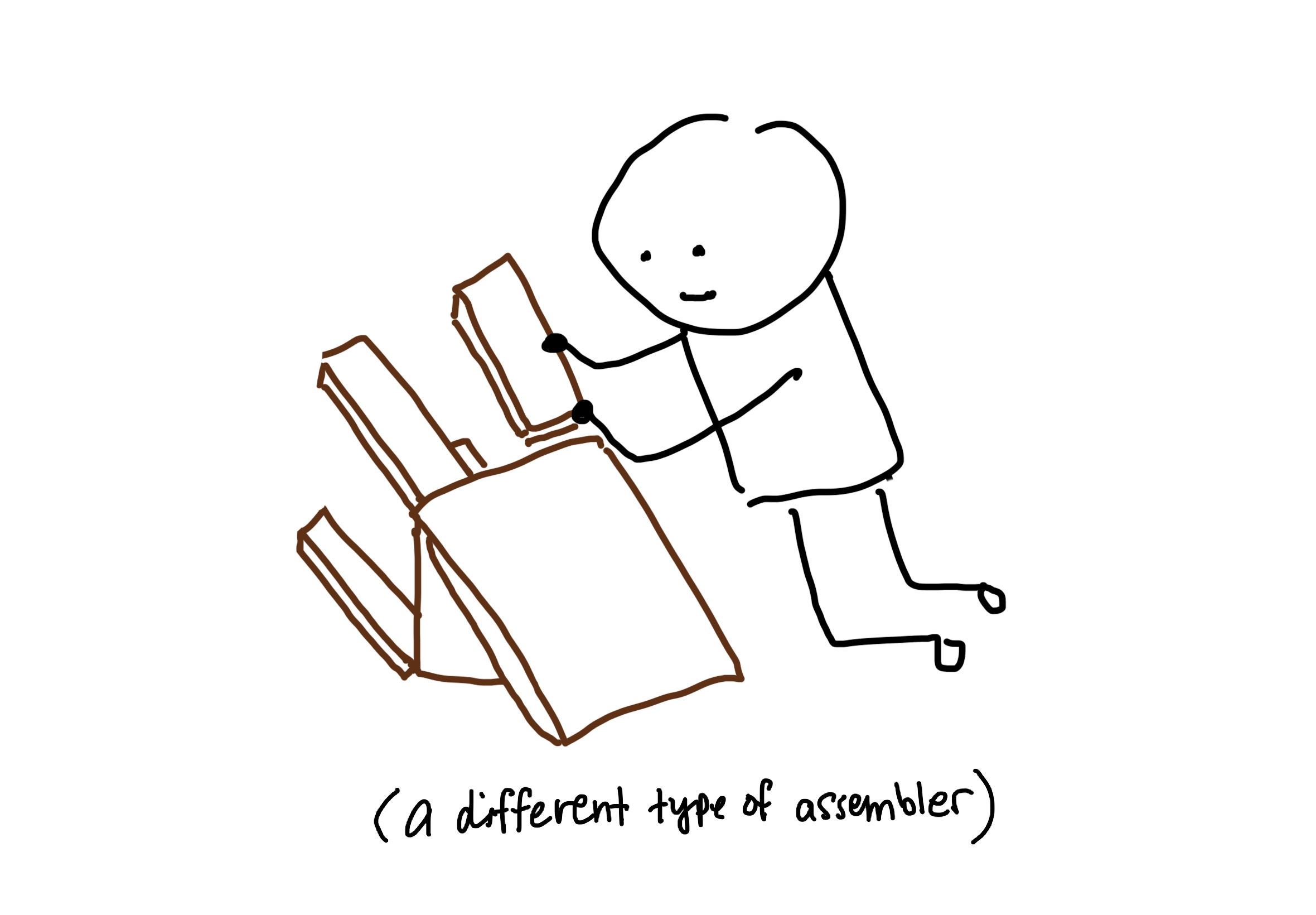 In Elements of Computing Systems, we use an assembler called the Hack Assembler. The binary machine language it translates into is for the Hack computer. Note that neither the assembler nor the computer is industry standard and is meant for education.

Let's go through a quick example of the input and output of the assembler so we have a better understanding of the abstraction layer we're working with.

This is Add.asm, a Hack Assembly code program that adds the numbers 2 and 3 together. You can find this file on the nand2tetris.org website under Project 06 here.

Without diving into specific details too much, allow me to annotate what each line is doing for us.

I think we'll both agree that that was a very long winded way to do an addition, because in Ruby we can just write...

Anyway, the assembly code in Add.asm will be translated by the assembler to look like this:

If you can understand that, then you must be a computer! Otherwise... I'm sorry to inform you that you're probably human.

Six lines of code to match the six lines of assembly code we had above. Each line of this binary code instructs the computer to perform an action.

Anatomy of the Hack Assembler #

Hooking Up All the Parts #

With the three components of the parser, we can now piece together the assembler class, Assembler (See it on Github). What we want now is to pass in an .asm file containing assembly code and have the assembler spit out the machine language.

The assembler class uses a two-pass method to translate the assembly code. First, the file goes through the Parser module where any user-defined symbols are saved to the symbol table, along with the instruction it points to.

Next, we parse the instructions once more. This time we have an updated symbol table, so we're able to successfully translate each symbol, both user-defined and pre-defined ones. At the same time, any C-commands are coded in binary using the Code module and then returned.

To summarize, the assembler takes in assembly code and returns binary machine code. In many ways, an assembler is just a translator of two programming languages on a different abstraction level. In our case, we have an assembler that translates Hack assembly code into Hack computer machine language. The assembly technique we used here is a two-pass, but there are also one-pass assemblers in practice.