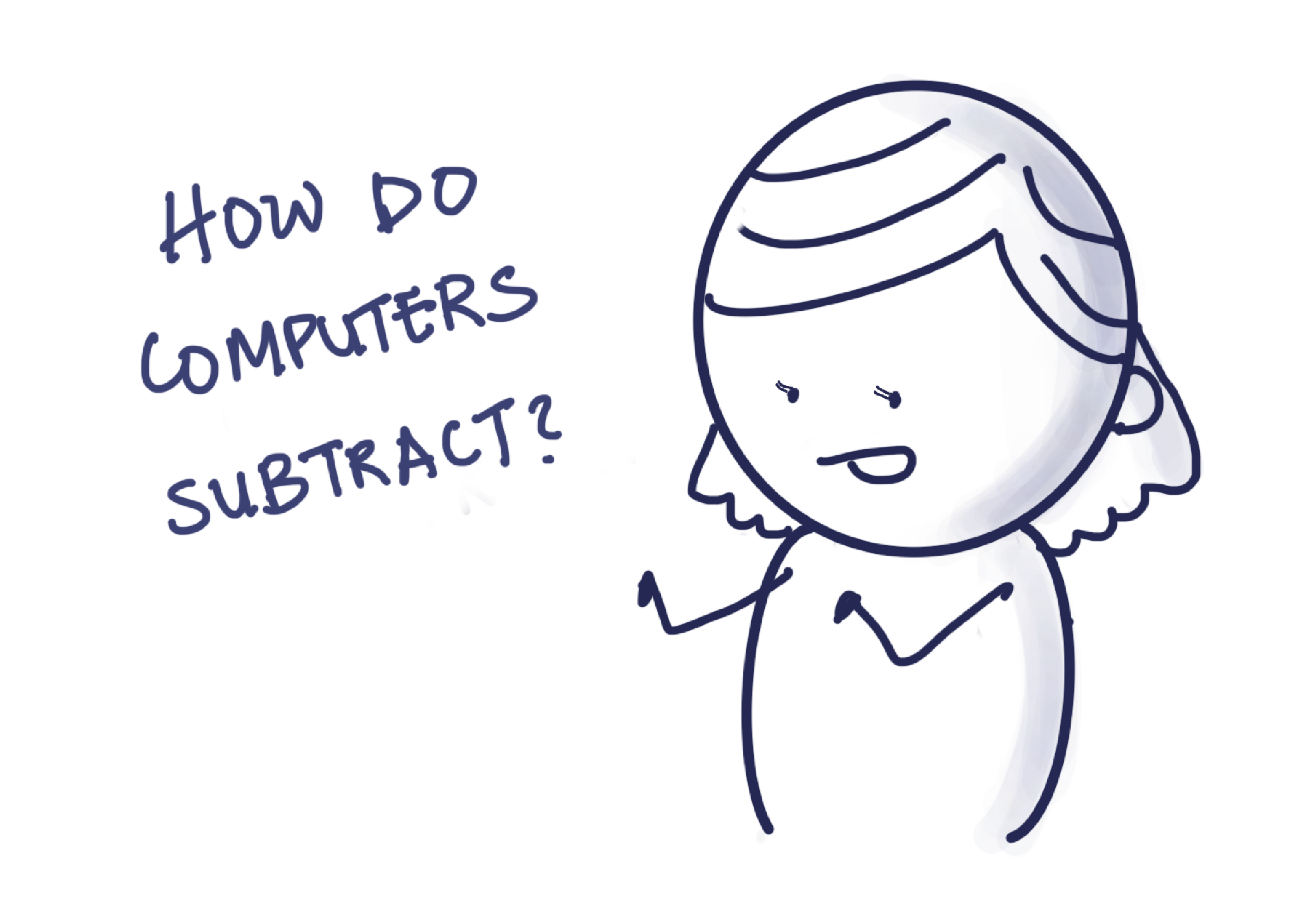 Subtracting numbers on paper is easy, but how does a computer do it? Most computer operations can be reduced to additions of binary numbers… even when the operation is subtraction. To understand how this works, let’s first think about how an odometer works.

The formula to calculate the amount of miles you have to drive to hit 9999 miles is:

Let’s pick another random 4-digit number and subtract 7631 from it:

Let’s substitute -7631 for its positive equivalent:

11842 looks familiar doesn’t it? Since we’re operating in a 4-digit system, we drop the first digit and we have 1842, the correct result of the subtraction.

We can also use this negative representation of the number in other equations:

Let’s convert that answer back to the positive equivalent:

Now… let’s see what happens when we only use addition with the positive equivalent number:

🎉 Voila! Obviously, converting 4723 to its negative equivalent will result in -5277!

However! Instead of reversing the calculation like we just did, we can also covert a negative to a positive using the exact same procedure without reversing it:

This method is called the two's complement and is exactly how computers implement signed binary numbers! We just looked at base-10 numbers, but computers work in binary, base-2.

The same idea applies in binary. Take the binary number 0110.

The system can code a total of 2n signed numbers, where 2n-1 - 1 and -2n-1 represent the number of positive values and negative values respectively. This means in a 4-bit system, the total number of numbers (haha!) represented is 24 = 16, where we can go up to positive 7 and as low as -8.

The two's complement is implemented in the hardware of the Arithmetic Logical Unit chip that makes up the CPU.